In July 2015 Landcare Weed Control was subcontracted to do some rip-line spraying at a private property in West Coolup (just south of Pinjarra). The job entailed spraying, with a frog friendly glyphosate based product, an eight metre wide ripped area (except for one 24 metre wide peninsula), around an old quarry which is now a lake, in preparation for revegetation. It would have been ideal for boom-spraying, but it was rough terrain and overspray or drift into the water may have been an issue, so we sprayed it by hand.

The nature of the job, in that it was different in terms of location and type, allowed for us to gather some useful performance information for the spraying equipment and operators in these types of situations. The extent of the area to be covered was 1.4 hectares and it had to be blanket sprayed. The job took approximately five hours with a two person crew. We kept the pressure low at 5 bar to keep consumption down which ended up around 600L/ha. 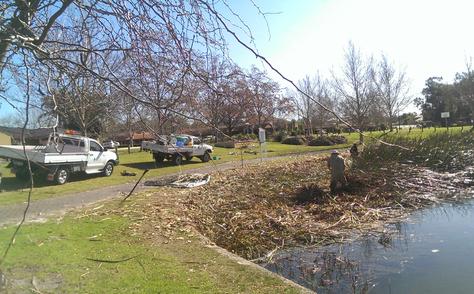 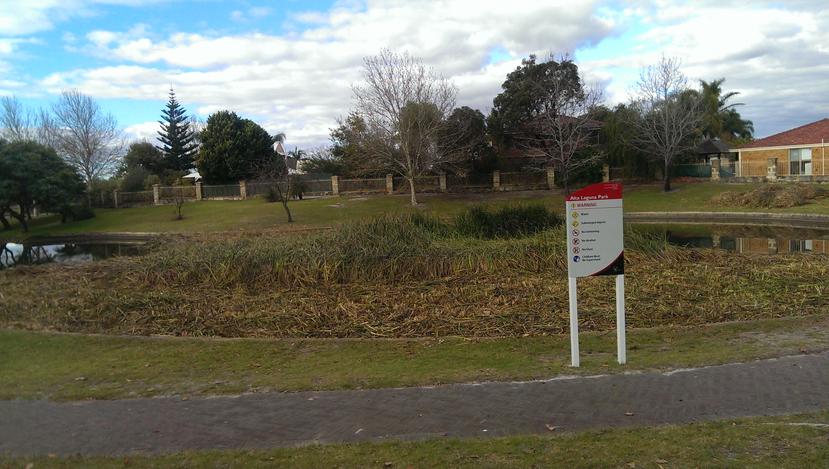 The bund is located in between where nutrients enter the lake and where the water exits the lake therefore the water has to pass through the vegetated bund where it can be stripped of nutrients. The rationale behind the use of the sedges is that they convert nutrients into growth and also the leaf surface develops a biofilm which also strips the nutrients from the water.

The sedges established quickly and within three years had filled the entire bunded area (~600 square metres). A decision was made recently to remove the top growth (biomass) from the vegetation which contained a large amount of dead material. If the dead material is not removed it has the potential to breakdown and add nutrients back into the water. The sedges will regrow from the rhizomes and the nutrient stripping cycle will recommence.

A combination of mechanical and manual methods were used to cut and remove the top growth. Approximately 100 cubic metres of material was removed from the lake area. Some top growth was left uncut in the peripheral bund areas as habitat/cover for native fauna including the pair of Pacific Black Duck that reside at the lake. 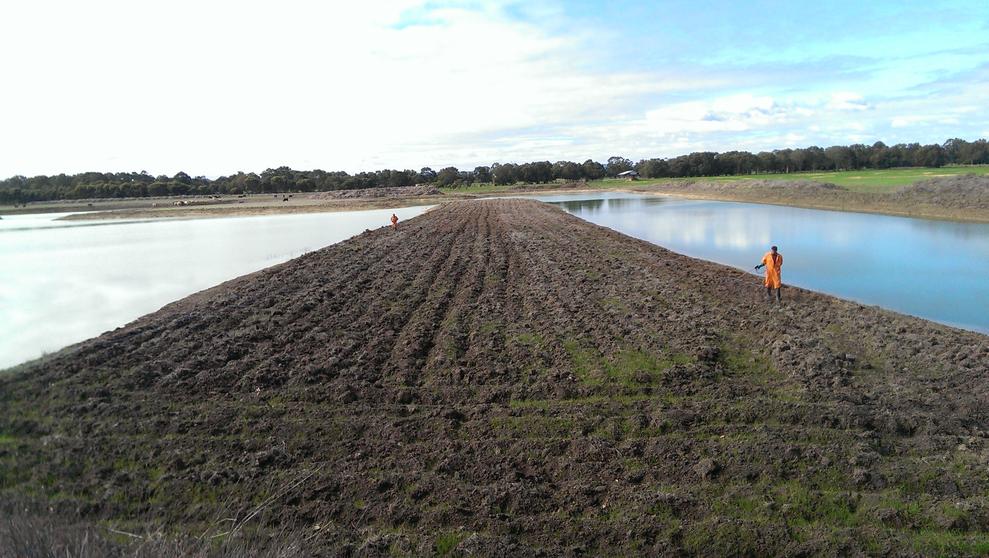